This seminar was held for the first time in Yamagata city to introduce the leading-edge cancer study "Project of Early Clinical Development for Anti Cancer Medicine and Device" which is being developed in IAB to the public. This project led by Dr.Hiroyasu Esumi, Director of National Cancer Center Hospital East, was selected as "Super Special Consortia for supporting the development of cutting-edge medical care" by the Cabinet Office of the Japanese government in Nov 2008.(news )

Over 150 citizens had attended this seminar. 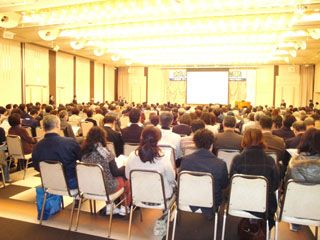