Nine local high school students joined on-going cutting edge projects at IAB. (This program was established in May 2009 ) The high school, Tsuruoka Chuo high school (Principal Mr. Toshiya Inoue, total enrollment of 866 students), is located right next to IAB and the nine students were selected after written examinations and interviews. A welcome ceremony for the students appointed as "RA-U18" research assistants was held on April 26, 2012.

A group of IAB researchers including Dr. Masahiro Sugimoto of IAB, Keio University in collaboration with Tsuruoka Shuzo Kyogikai and Shonai Commerce and Industry Center, published the findings of a new study entitled "Changes in the Charged Metabolite and Sugar Profiles of Pasteurized and Unpasteurized Japanese Sake with Storage" in Journal of Agricultural and Food Chemistry on March 7, 2012.

Nematode-specific tRNAs that decode an alternative genetic code for leucine

Nematode-specific tRNAs that decode an alternative genetic code for leucine

A group of IAB researchers including graduate student Kiyofumi Hamashima (Graduate School of Media and Governance, master's program) and Professor Akio Kanai of IAB, Keio University published the findings of a new study entitled "Nematode-specific tRNAs that decode an alternative genetic code for leucine" in Nucleic Acids Research on December 20, 2011.

IAB and DAESANG Corporation announced that they launch a joint research program to elucidate the mechanism of microbial fermentation. 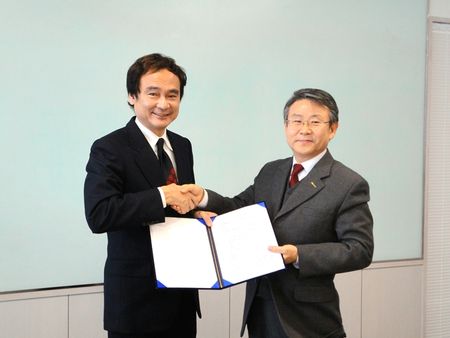 Can computer models based on fundamental laws assist the treatment for cancers?

Can computer models based on fundamental laws assist the treatment for cancers?

Over the last decade, scientists have been intensely investigating on TRAIL, a protein released by our immune system, to treat malignant cancers. The benefit of using TRAIL, as compared to conventional chemo therapies, is that it specifically destroys carcinomas without affecting the surrounding normal tissues. This is done through a mechanism known as the programmed cell death or apoptosis. However, the TRAIL-based treatments so far have not been overtly successful as many carcinomas are able to 'cheat' the death signal, triggered by the TRAIL, into a survival signal.

A team of scientists from IAB, Keio University in Japan have formulated a method using a computational model and, with its aid,
predict a novel target that would in return cheat the cancer cells to switch from survival to apoptosis mode. The work of Dr Selvarajoo and colleagues, utilizing the fundamental physical law of conservation, pinpoints an intracellular target, whose removal will reroute most of the resultant signaling flux of TRAIL into a predetermined direction along the caspases-induced death pathway. Their findings are published in Scientific Reports, a newly launched journal of the Nature Publishing Group. 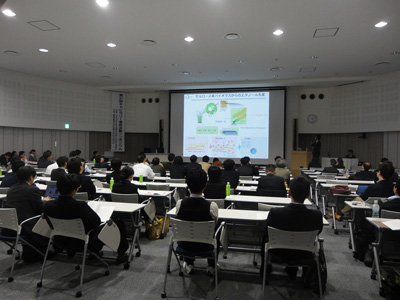